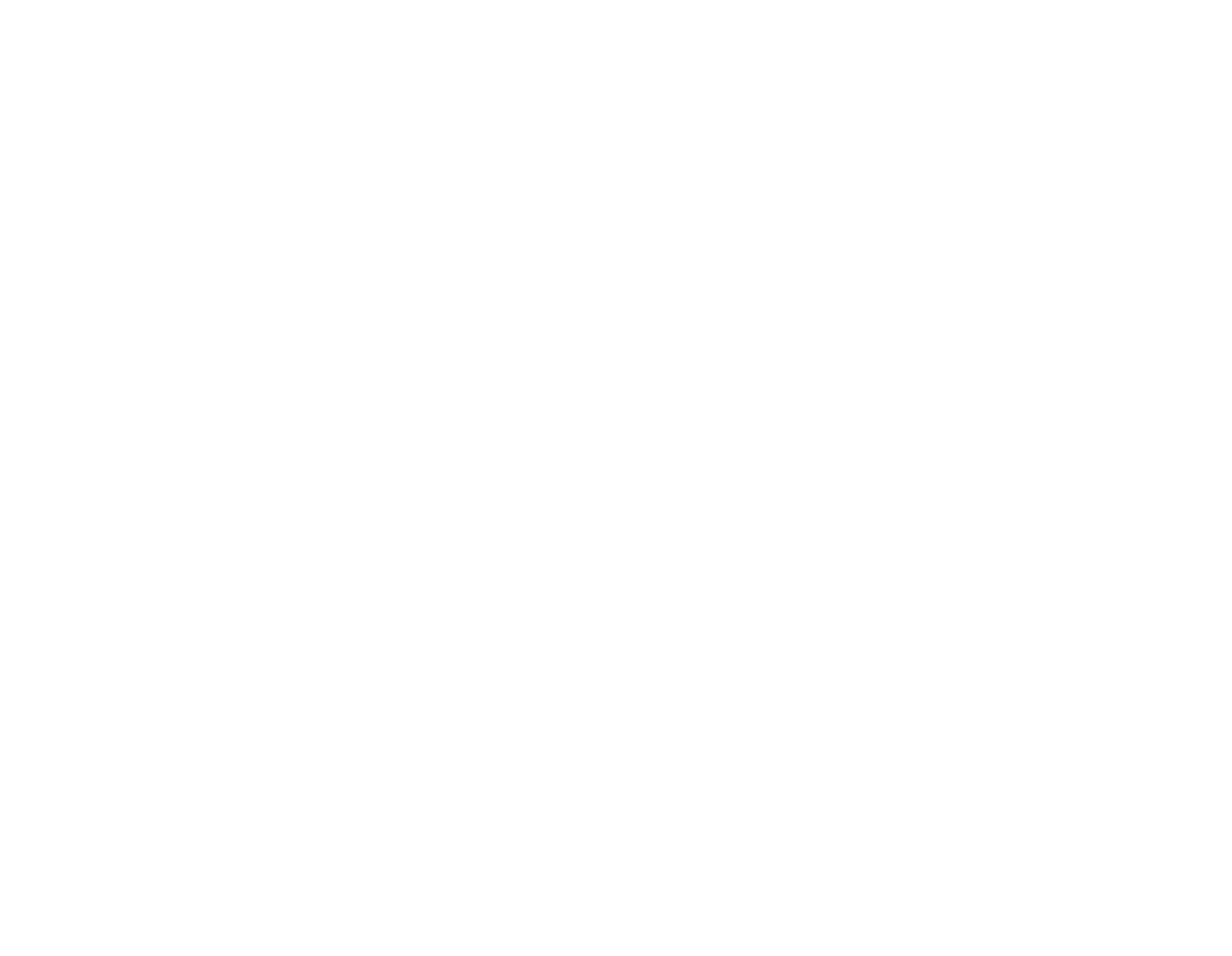 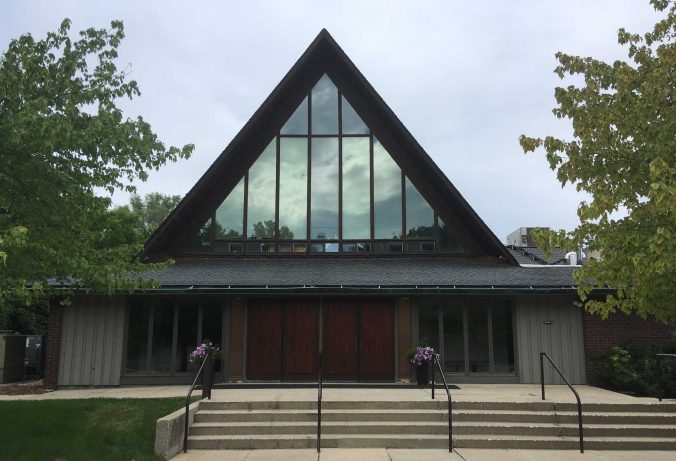 Dear Brothers and Sisters in Christ,

I love you. That’s why I need to write you tonight, because I love you. I’m young by many standards, I haven’t even reached 40 but I’ve been with you for over one quarter of my life. We have woven our lives together in the last ten years and woven our commitment to Jesus together. You have made covenantal promises to my children and I have married your sons and daughters. You have trained me and my family in the faith and I have buried your fathers and mothers. Tonight I sit broken before you. But I need to speak with you. Please hear me out. This will be hard for some of you to read. It may make you angry. I’m sorry. I don’t delight in your anger. It may be too much and you may want to stop reading. Please don’t. I promise I will listen to you if you want to call or write or yell. I promise I will listen. I am not an expert. Seminary did not train me for this. I am feeling as much at a loss as many of you might be. Yet most of us do not know the pain of which I am about to write. As broken as I’ve been, it is nowhere close to the pain and brokenness that is erupting around this country. So, in humility, let’s walk the road together, knowing that God will hold us both as we move ahead.

The events of the past week have ruined me. I am a person of privilege and belong to a church of privilege. I watched from my home the murder of George Floyd. I watched and wept as an officer unmercifully put his knee on the neck of this man for almost 9 excruciating minutes. At one point I wanted to yell get up even though I knew the officer wasn’t going to, even as George Floyd struggled to communicate that he couldn’t breathe. This inspired acts of protest across the country. People wanted to know how this could happen again. Floyd’s death isn’t an isolated incident. It is an all too familiar pattern of police brutality and systemic racism in the United States. It points us to the fruit we are bearing as a society is the fruit that was sown four hundred years ago when slaves were brought onto this soil. The fruit that we are bearing now is a result of that sin. A few days later as the protests and unrest grew and swelled in our nation’s capital our president, Donald Trump, stood in front of St. John’s Episcopal Church in Washington D.C. He had a Bible and stated that military action may be needed to restore order in cities across the United States of America.

I should have started with scripture. I’m a pastor so I honestly don’t know where else to begin. Jesus is my source, center and goal. So, I can think of no better place to start than a warning he offers to his disciples in the 7th chapter of the Gospel of Matthew.

“Beware of false prophets, who come to you in sheep’s clothing but inwardly are ravenous wolves. You will know them by their fruits. Are grapes gathered from thorns, or figs from thistles? In the same way, every good tree bears good fruit, but the bad tree bears bad fruit. A good tree cannot bear bad fruit, nor can a bad tree bear good fruit. Every tree that does not bear good fruit is cut down and thrown into the fire. Thus you will know them by their fruits,” (Matthew 7:15-20 NRSV).

This is the Word of the Lord. 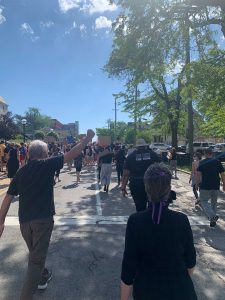 I participated in a peaceful protest yesterday Tuesday, June 2, here in Ann Arbor. I was accompanied by many other people. I was nervous because, since the beginning of Covid-19, I had not been around that many people. I wore my mask and thought I could keep distance but before I knew it I was thrown into the middle of a moving organism that was making its way through the streets of the central campus of the University of Michigan. People were chanting, raising their arms in the air—some were crying so hard they had trouble walking. We were marching against police brutality in the wake of the death of George Floyd. Because, the death of George Floyd isn’t just a death of one man. It’s a mirror for the U.S. We aren’t producing good fruit. Deaths like that of George Floyd remind us of the racism, inequality, and white privilege that exists in this county. People are pained that this keeps happening. The people yesterday who were marching were angry. I was angry. And, there were even protesters yesterday who were protesting our protest because they were angry—they didn’t think we were going far enough! They were furious that the police were marching with us. Some left our march and joined them because they agreed. These issues are complicated. I kept marching because it meant something to me that the chief of police, sheriff of Washtenaw county, and the mayor of Ann Arbor all wanted to walk against police brutality. If there was a march against pastors who espoused destructive theology, I would want to march too. Which brings me back to President Trump. It was refreshing to not hear his name once during the protest, however, the scene from the night before of him in front of the church declaring violence against people he is supposed to serve is destructive. The fact that he held a Bible makes it destructive theology.

What Donald Trump said with his mouth in front of St. John’s church was appalling. He threatened United States citizens with their own military when they are hurting and in pain. He failed to discern their pain and anger with an empathetic heart and instead chose to use the platform in order to sow disunity and pit groups of people against one another. Yet, what he said with his actions, walking from the White House to St. John’s church after clearing protestors with a chemical irritant and rubber bullets is far worse. What he declared to everyone, is that he believes that God’s text is his text—that the Church is his house. He controls the message of the gospel and the message of the Church. Rather than being humbled by the events of the recent weeks and calling for people to show empathy and compassion toward one another, Trump held the Bible more like a sword than a sacred text and gave a message antithetical to the message of Jesus. In short, the second he picked up a Bible, and stood in front of the church, he became an idol. I believe he knows exactly what power those symbols of scripture and sanctuary have and he used them for his personal gain. That is idolatry.

The Gospel of Jesus Christ is good news for everyone and everything—Christians believe that all creation, every particle in the cosmos is wrapped up in the story that in Jesus Christ, God has become king and that God will make—and is making—all things new. That is the message that has been entrusted to the Church. The message of the church is squarely on the side of those in pain. The gospel of Jesus Christ is on the side of the marginalized and oppressed. This has always been true. From its very first pages, to its last, the message of the Bible is one of redemption and restoration. It does not stand on the side of power, privilege or the proud. If we fall for the president’s latest stunt, we are in danger of compromising the witness we have been entrusted with by our Holy God. We are picking up another rotten piece of fruit and saying, “it’s good.”

As followers of Jesus we are to be stewards of this gospel message. As a pastor in the church of Jesus Christ, I am called to be a steward of the Church, that is, the body of Christ, here on earth. I have taken vows that hold me to that calling. But I do not control the church. The church building is not my building. It is not my house. It is God’s house. It is where the faithful meet and gather. And, even in the midst of a pandemic where we cannot gather, it is important that the church continues to be a beacon of hope for those suffering and in pain, not a prop in a photo-op for the powerful.

The church cannot stop with prayer. If we do, we are just another tree that does not bear good fruit. While prayer is powerful and necessary, we also have to denounce evil when we see it. Not as a judge, but as humble stewards of the gospel and stewards of the body of Christ. What our president did was an evil action. Defending it is an evil action. Concentrating more on looting than racism in this country is shifting the conversation from where it needs to be and exercising our privilege to, again, rationalize why we choose not to listen to the cries of those who cannot breathe. When we hold up our Bibles to read or we return to our places of worship to pray, may we know that it is not our house we return to but to God’s house. We submit ourselves to Christ and to his rule and reign. We submit ourselves to the Gospel of Christ and his mission. So, as followers of Jesus, we need to ask ourselves, “what kind of fruit do we want to produce?”

“He will not judge by what he sees with his eyes, or decide by what he hears with his ears, but with righteousness he will judge the needy, with justice he will give decisions for the poor of the earth. He will strike the earth with the rod of his mouth; with the breath of his lips he will slay the wicked. Righteousness will be his belt and faithfulness the sash around his waist. The wolf will live with the lamb, the leopard will lie down with the goat, the calf and the lion and the yearling together; and a little child will lead them…They will neither harm nor destroy on all my holy mountain, for the earth will be full of the knowledge of the Lord as the waters cover the sea.”

Grace and Peace to you.

Theme by Anders Noren — Up ↑